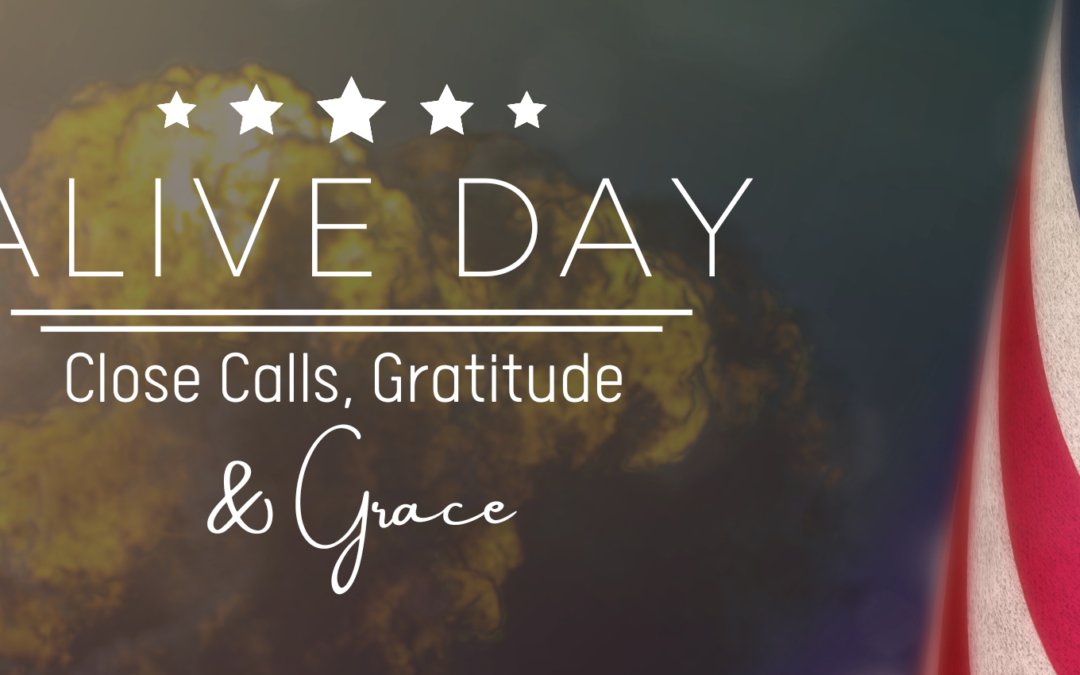 Whether it is a 7-course formal Thanksgiving meal, or a cobbled together Friendsgiving during a lunch break, millions of Americans ask each other what they are grateful for each year.  Some are grateful for financial comforts, and others for the people that are sharing the traditional meal with them.  But for some, these public declarations of gratitude usher in memories of their “Alive Day.”

Our nation’s combat Veterans have witnessed first-hand what war means and they know that what is portrayed in motion pictures is a gentrified version of the real thing.  Many of these men and women do not openly speak about their combat experiences but may share that there was a date and time where they were moments or inches from losing their life.  This is their Alive Day.

CLOSE CALLS
I have spoken with a combat Veteran who served in Afghanistan during 2008 with 2nd Battalion, 7th Marines.  He has granted me permission to share his Alive Day with you on the condition of anonymity.  He openly admits that there were many close calls during his time in-country.  Smirking, he told me about the time an RPG (Rocket Propelled Grenade) was fired directly at the vehicle he was riding in.  Instead of detonating, it lodged in the front grill of the vehicle, and they continued their patrol knowing it was there, and unable to do anything about it.

His eyes changed and he shifted in his seat as he recalled his Alive Day.  It was a day in June when on the spur of a moment he switched seats with a friend before a patrol.  That vehicle hit an IED (Improved Explosive Device), and the occupants died in front of him.

GRATITIUDE
He admits that like so many others, he has conflicted feelings about his Alive Day.  He is grateful for his life and was blessed to come home to his family, but that blessing came with a heavy emotional price.  He stated that his decision to switch seats still haunts him to this day, and it has taken many difficult years to accept the guilt that he carries.  “Some days are better than others, but it is always there.”

GRACE
With the support of his family, he makes active efforts to channel his dark feelings about this day into celebrating the little moments that life gives us, in honor of those who never got those moments.  So, as we celebrate with friends and family this year, let’s take a moment to honor those people that have Alive Days that we will likely never know about.  We celebrate the honor and courage it takes to accept what could have been and offer support and grace to those who struggle as they try to move forward.